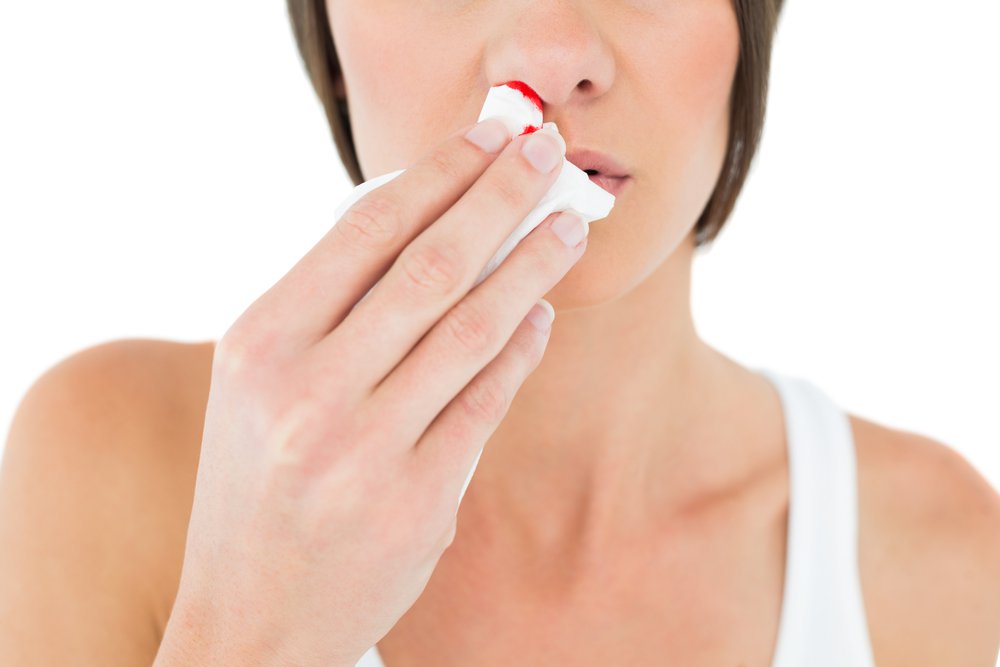 Nosebleeds are common in children, but some adults have them occasionally, too. Nosebleed has many possible origins. Common causes include nose picking and forceful nose blowing, but nosebleeds often occur for no obvious reason. Nose is more likely to bleed if its delicate lining is irritated because of a cold or an allergy, or if it becomes dry and cracked due to a dry atmosphere. Sometimes bleeding is due to symptom of an underlying illness such as high blood pressure, kidney disease, blood clotting disorders.