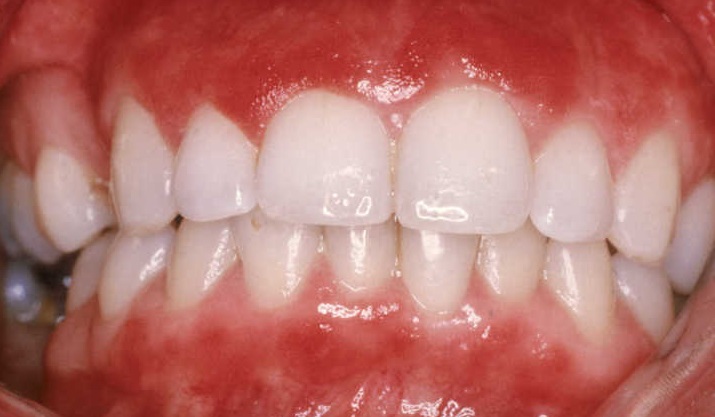 Inflammation of the gums is known as gingivitis. Bleeding from the gums is usually a sign of gum inflammation. Healthy gums are pale and firm, but diseased gums may become purplish red, swollen, and bleed when brushing teeth. Breath may smell unpleasant. The main cause of this condition is plaque buildup along the gum line due to poor oral hygiene. Bleeding gums can also be due to vigorous brushing or poorly fitting dentures. You may be prone to them during pregnancy or while taking certain drugs.