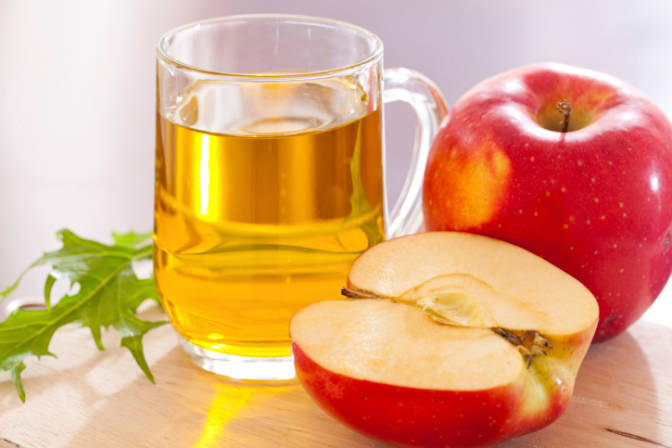 Apple cider vinegar also known as cider vinegar and abbreviated as ACV is a type/form of vinegar made from cider or apple characterized by its pale to medium amber color. Apart from liquids from apples some other components include bacteria , yeast, acetic and malic acids. Apple cider vinegar has many uses, but we are going to concentrate solely on its use to achieve weight loss. Even though ACV is only now gaining popularity, this is a fact that has been known to people for a while.

That is a question you might be asking yourself right now. Well, there is research to show how ACV helps lose weight. One of the common explanations is that the vinegar suppresses your appetite, making you eat less, thus naturally helping you shed some extra pounds. The explanation behind it lowering one’s appetite is that, ACV has enzymes and organic acids, which in turn improve the metabolism rate in the body. Higher metabolic rate helps your body burn excess fat and makes you slim. Because of it, you also retain less water and you feel more energetic.

Now we know that how apple cider vinegar helps in weight loss, it is important that we familiarize ourselves with the process of consuming it. It is quite simple, you don’t need to drink much ACV to get its weight loss benefits, just mix 2 teaspoons of ACV in a cup of water and drink the mixture between one and three times a day, ideally before a meal. Although for beginners, I’d suggest starting off slow. Add one teaspoon to a cup of water initially, and drink it once a day. That way, it helps you get used to the taste and make sure your stomach can handle the acidity. From there on, you can gradually increase the dosage to two and then three teaspoons and increase the frequency to twice a day and so on. You can always add a bit of honey too, if you don’t like the taste.

It is also important to note that although apple cider vinegar surely results in weight loss, the process will be gradual on its own. It is not a quick fix weight loss solution unless you combine the intake of apple cider vinegar for weight loss with exercise and healthy eating which involves staying away from fried food and anything containing much fat and carbohydrates. Did I forget to mention that the effects of its consumption are permanent?

Another important note is, if you are on medication, it is advisable to consult your physician before starting cider vinegar.

How frequently do you drink Apple Cider Vinegar?