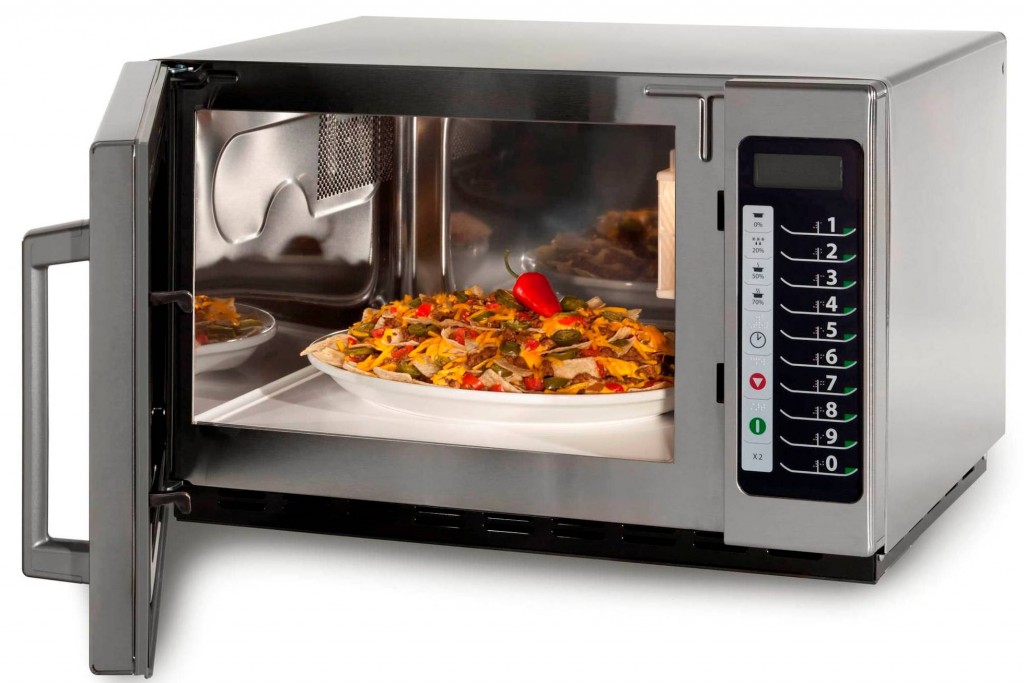 Cooking food is one of the observations that led to the conclusion that humans are superior to other animals. With technological advancement and as a result of the fast paced life we live today, cooking is no longer a leisurely affair. Due to this, the microwave oven will be found in most kitchens to heat and cook food fast. Microwaves offer the convenience of fast cooking due to their ability to produce heat at very high temperatures.

Microwaves are a form of electromagnetic radiation. This is what heats and cooks the food when using a microwave. Besides heating food, these electromagnetic waves are also used to transmit TV, radio and phone signals.

When you press the start button on your microwave, microwave radiations are produced which vibrate rapidly which then cause the water in the food to vibrate as fast. This then causes friction in the water molecules which leads to production of heat which heats the food.

One of the major dangers of microwave cooking, is that it does not kill bacteria in the food especially meat. As a result, most meat cooked in the microwave is not safe for consumption. Although microwaves produce a lot of heat, they are not able to cook all the way through meat. This is mostly because microwaves are only able to heat the top and outer most layer of the food. Eating raw meat is very harmful to the health and can cause serious illnesses.

Another danger of microwave cooking is the prolonged exposure to radiation. This could lead to development of cancer and sterility. Scientific research has shown that standing next to a microwave that is switched on can result to the radiation it produces reaching your body and this exposure to radiation everyday as you wait for your food to cook or heat could cause damage to your body organs.

Radiation produced by the microwaves can also lead to changes in the chemical structure of the food cooked in it. If scientists in a lab can use a microwave to increase the speed of a chemical reaction, why will it not do the same to your food?

Another danger of microwave cooking is the use of plastic containers in a microwave. Due to the ability of radiation to cause chemical structure changes it will most likely do the same for your plastic container which is made with Bisphenol A popularly known as BPA. This chemical which is found in most plastic material will seep into your food and when you eat then into your body. BPA is known to cause neurologic damage.

With the high temperatures produced by microwaves, some of the nutrients in food will be affected. With most nutrients killed, the food you eat will not be of much use to the body rather than just keeping you full. This could lead to lack of some important minerals in the body that help in its development.

As microwaves offer the convenience of speed while cooking, it is much better to seek alternative means of cooking for better health and increased vitality.

Which cooking do you prefer, microwave or conventional?