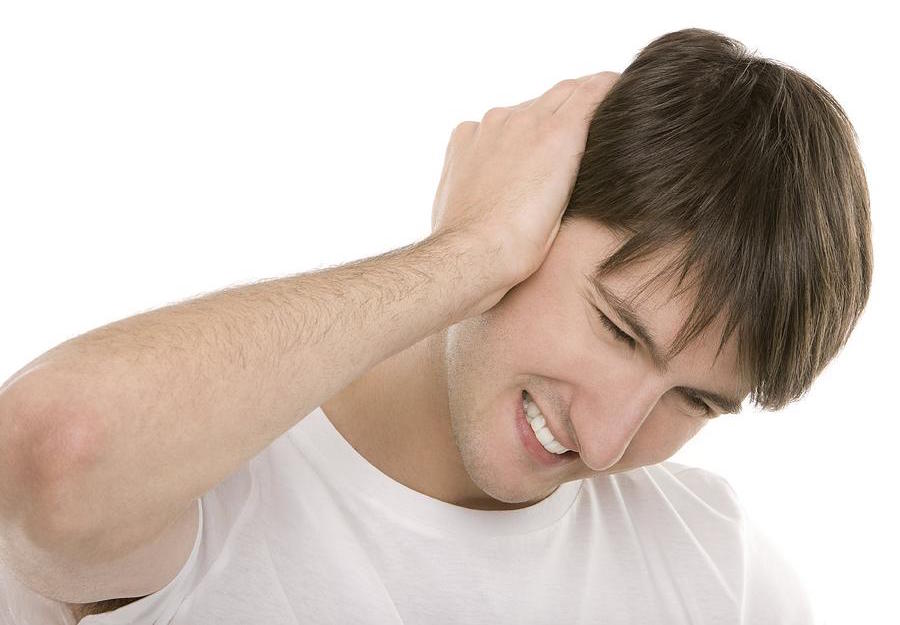 Pain in the ear can be caused by many factors, including bacteria, injury, fluid buildup, accumulated pus, infection in the outer ear (swimmer’s ear) or be associated with throat or sinus infection or a tooth problem. Mild earache may be due to buildup mucus in ear after a cold; during an attack of hay fever; or from pressure changes in the ear while traveling by plane or go diving. Pain in one or both ears and temporary hearing loss are often caused by a middle-ear infection, in which there may be fever and feel generally ill. Sometimes, the eardrum bursts as a result of increased pressure and there is a discharge from the ear.