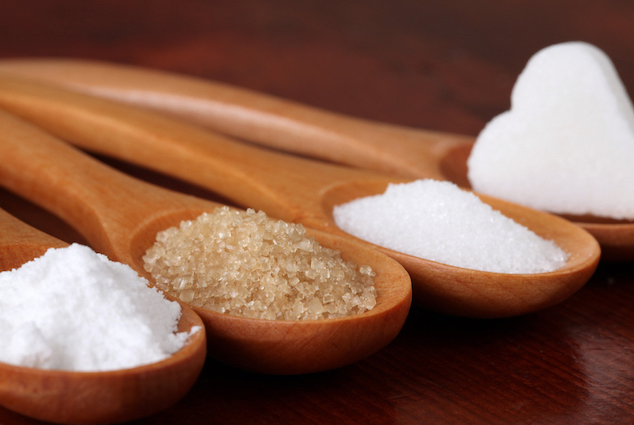 Sugar refers to short-chain carbohydrates that are sweet and used in food. Most people know sugar as a whitish crystal-like powder with a sweet taste that is often added to food stuff. Every year, hundreds of millions tons of table sugar are produced across the world. The sugar that you eat is scientifically referred as “sucrose” which breaks down further into both glucose and fructose in the body.

It is essential to know what sugar is, those commonly found in food and cold beverages are:

The most used of all is Sucrose (Table Sugar) which is Glucose + Fructose which is available from sugar industry, added in food for sweetening and is used mostly in all processed food industry.
A slow sugar death due to diabetes and allied ailments creeping in most of the world especially in the developed world where food processes industry has revolutionized and developing world where these industry have started showing its mark of revolution.

“Sugar gave rise to the slave trade; now sugar has enslaved us.”

Way to Beat It

The most dangerous food carving is perhaps the sweet sugar, which is ingredient of almost all the dreadful sweet things that are served up in modern times. The carving for eating more sugar added food things gives similar effect as that of the natural opioids in the brain, which is similar to drugs like morphine which reduce the intensity of pain signals reaching the brain and affect those brain areas controlling emotion, which diminishes the effects of a painful stimulus.

An article in The Atlantic, Prof. Robert H. Lustig a professor at the University of California mention’s biological reasoning for the addictions

“The brain’s pleasure center, called the nucleus accumbens, is essential for our survival as a species. When you consume any substance of abuse, including sugar, the nucleus accumbens receives a dopamine signal, from which you experience pleasure. And, so you consume more. The problem is that with prolonged exposure, the signal attenuates, gets weaker. So, you have to consume more to get the same effect — tolerance. And if you pull back on the substance, you go into withdrawal. Tolerance and withdrawal constitute addiction. And make no mistake, sugar is addictive.”

Repeated, excessive intake of sugar created a state in which an opioid antagonist caused behavioral and neurochemical signs of opioid withdrawal. There are four major components of addiction that are analyzed. “Bingeing,” “withdrawal,” “craving” and “cross-sensitization”. [1]

Once the cell in the brain are fueled by sugar, every time you eat sugar it is like reward for the cells and your carving for sugar enters into vicious cycle and it will become harder to break the habit resulting in sugar addiction.

Signs of any withdrawal become apparent when the abused substance is no longer available or chemically blocked. Not everyone will experience the same type of symptoms but will vary according to how strongly one is addicted to the sweetening.
There are number of symptoms of withdrawal when one tries to eliminate sugar from the daily diet, few of the symptoms are enlisted below not that everyone would experience the same symptoms but withdrawal varies in severity and intensity based on the person.

How to Overcome Sugar Withdrawals

It is very difficult to get rid of sugar cravings and physical withdrawal symptoms. By removing sweet from your daily life, makes it very difficult to fill the emotional void but once it is done on the other side there is life waiting which is lot more cleaner, stronger, healthier and happier life than ever before.

Here are some of the best tips to reduce the sugar craving:

Sugar free life will definitely result in quality life which is less prone to disease. There will be significant cognitive change one may experience along with physiological changes, it will be like ripple effect which will help to control other food addictions bringing better control and success in the life.