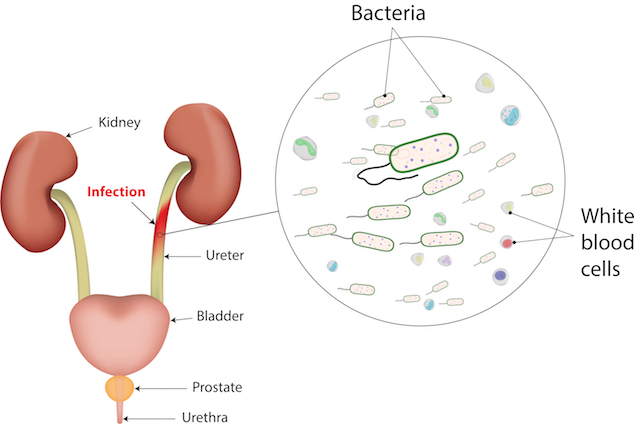 A urinary tract infection, also known as UTI is a presence of infection in any part of urinary system — kidneys, ureters, bladder and urethra. Most infections affect the bladder and the urethra, which combine to form the lower part of the tract. Cystitis is an infection of the bladder and urethritis is an infection of the urethra. UTI is much more common in women, because of the short length of the female urethra. UTI are rare in men under 60, but the incidence increases as both men and women get older. Doctors typically treat urinary tract infections with antibiotics. But you can take steps to reduce your chances of getting a UTI in the first place. A high intake of fluids is essential to help flush out the infection from the system. If UTIs keep occurring, it is essential to identify and treat the underlying cause.